Is Pumpkin a Fruit?

Fall fruits delight our taste buds. Cranberries appear in cranberry relish or cran-apple crisp. Apples occupy our tables in the form of applesauce and apple pie. The fall bounty of fruit includes everything from berries to melons to…pumpkins?

Pumpkins, of course, are a fall staple. They can be confusing, though. They can be cooked like a vegetable (hello pumpkin soup and ravioli) and like a fruit (pumpkin pie, anyone?). They are usually referred to as a squash and sometimes as a gourd. Their flavor dominates fall in everything from cereal to lattes. But what ARE they?

The simple answer, of course, is that pumpkin is, in fact, a fruit. Before you counter with your favorite pumpkin as a veggie recipe though, read on to find out a little more about this mysterious and delicious fall food.

Pumpkin is, technically, a fruit

First, let’s start with a definition. According to Merriam Webster, a fruit is “the usually edible reproductive body of a seed plant.” According to botanists, this means that a fruit possesses the following characteristics:

Anything that has seeds and develops from a flower, then, is a fruit. If you have ever carved a pumpkin, you know that it contains seeds. You would have had to dig those seeds out, along with the long, stringy insides. Hopefully, you have also enjoyed those same seeds lightly oiled, salted, and baked in the oven to make a special fall treat.

A pumpkin also forms from the flower of the pumpkin plant. Those beautiful orange flowers die away, and leave behind the tiny pumpkins, which quickly grow into the large fall delights with which we are familiar.

Clearly, then, pumpkins meet the criteria for fruit. According to botany, pumpkin is a fruit.

However, you might argue, and rightly so, that a pumpkin does not taste like a fruit. It has a mild flavor that is often paired with spices in savory dishes like pumpkin soup. Even pumpkin pie makes use of spices like nutmeg and ginger, and lacks the bright, cloying sweetness of other fruit pies.

This disparity between pumpkin’s official classification and how it is treated in the kitchen can be confusing. In fact, while botanists will classify a pumpkin as a fruit because it has seeds and develops from a flower, chefs often classify the pumpkin as a vegetable because it lacks the sweetness of a fruit and because it can be prepared much like other vegetables.

The reason these fruits are classified in the kitchen and by many non-botanists as vegetables is because of their lack of sweetness. You would never make an avocado pie, after all (that would be a waste of good guacamole). Pumpkin is treated the same way: Its lack of sweetness gives it the reputation of a vegetable in non-botanist circles.

Pumpkin is also a squash, and a gourd

While we are throwing labels on pumpkin, we should add a couple more. Regardless of whether you call a pumpkin a fruit or a vegetable, everyone agrees that pumpkin is a squash, and a gourd.

It may be time for more definitions. A squash is a plant in the Cucurbitaceae family. These plants are characterized by their lack of vines. All of these plants produce what is considered fruits from a botanical standpoint. Just like pumpkin, they contain seeds and develop from the flower of the plant.

Squash is generally divided into two groups. The first group is summer squash and includes popular squash like zucchini and yellow squash. The second group is winter squash, which includes popular squash like butternut squash. They are often characterized by bright colors, hard shells, fleshy insides full of seeds, and, of course, their mild flavors.

Typically, every part of the squash plant is edible. This means you can eat the flowers and stems of your favorite squash plant (like the pumpkin) as well as the fleshy insides, the seeds, and the rind.

While a plate of prepared pumpkin flowers might be edible, if odd, dish, however, people are usually most interested in that delectable inside part. That part of the pumpkin is often prepared as a vegetable, despite technically being a fruit.

Within the squash family area some plants referred to as gourds. These hard-shelled fruits are sometimes ornamental and sometimes edible. The pumpkin is part of this family of gourds. While it can be used as an ornamental gourd, it is, of course, more commonly used as a culinary delight.

No matter what you call it, pumpkin is delicious

Deciding how to classify the pumpkin can be confusing. This delicious orange fall delight, however, is, indeed, a fruit, at least from a botanical perspective. Just don’t forget about its vegetable flavor and preparation when cooking it. Savory pumpkin dishes can make wonderful additions to your fall meals. And remember, this fruit is also a squash and a gourd.

No matter what you call it, the pumpkin is a flavorful part of a fall diet. Need some ideas for how to prepare this fall fruit? Try these:

As a rich source of dietary fiber, potassium, beta-carotene, and Vitamin A, pumpkin is a low-calorie, nutrient-dense addition to your culinary efforts. Its seeds are also good for you. In just one cup of pumpkin seeds, you get about 12 grams of protein. Pumpkin is, in short, a nutritious and delicious fruit.

No matter how you choose to eat this fall fruit, you are sure to enjoy its rich flavor and versatility. Make sure to add some pumpkin to your life before the fall season ends. 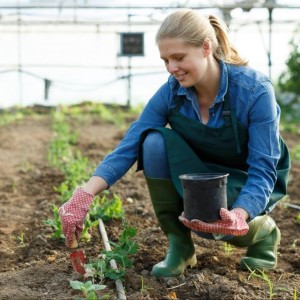 A former master gardener, I hold a Bachelor of Arts degree in creative writing and have been published in magazines such as Woman's World, Birds and Blooms, and Writer's Digest. I've also created hundreds of gardening articles for online sites such as Dave's Garden, eHow, and SFGate.

When is the Best Time to Water the Grass?

How To Grow Summer Squash – The Easy Step by Step Guide

Stay up-to-date with our always fresh contents by receiving customized newsletters about your favorite categories and popular posts!

Facebook
Twitter
Google-plus
Pinterest
BeautifulWildlifeGarden.com is a participant in the Amazon Services LLC Associates Program, an affiliate advertising program designed to provide a means for sites to earn advertising fees by advertising and linking to Amazon.com.
Menu